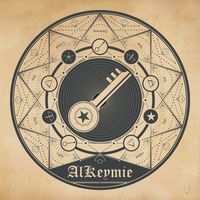 [Verse 1]
Kings, bishops, knights, barons, villeins, slaves ... levels
Castes, classes, races, tribes, clans, male, female... labels
Black, white, yellow, red, hetero, homosexuals... fake identities
Flags, boundaries, continents, countries, fabricated space entities
Stars, rocks, trees, waters, crystals don't care about nomenclature
Yet we kill each other over tags, we rape in the name of culture
After blame games in the dark, screams fade in silence
Insane monsters in a kids park, daylight scenes of violence
Survival, protection of pack, state of fright, greed or defense
Who's right? Who's wrong? Who is the reference
Who's alive? Who's gone? When is the difference
I dare wonder how, my mind spirals in infinite back flips
In the cycle I mumble many why's at the tip of my black lips
The child in me is advised to shut up, evasive parental tactics
Adults are very bad actors caught up in their own scripts
Usual drama before the credits, the ugly truth spills out like vomit

[Verse 2]
Theories. Creation / evolution... that's all our existence's built on
In reality, fear of annihilation is where our survival instinct's formed
"Hell is the others" the poet thinks on
It's who the media fingers that the mass shits on
Got a heavy past on my shoulder, a chaotic present in mind
I'm my own future holder, so with a little talent and time
I turned my existence into art, it's from experience that I write
My body's a canvas, my mind a theater, any time is show time
I dance to maintain balance, I question for a living; to find, I rhyme
One step at a time like an artist walking on a tightrope
I draw star-like figures in white on a black board
Perhaps a reminder of a milky way in a black hole
Better the dark I know than the light I don't
I prefer to win the hearts I love than the fights I won't
It's a Black Mirror thing, memory and fantasy intertwined
Reflections questioning one other who's on the other side