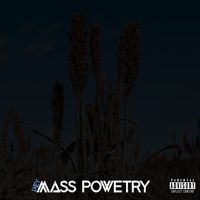 From the recording Mass Powetry

Prod/Mix/Mast by Nicolas
Writen & Exec Prod by Ngangare Eric "1key"
_______________________________________________
[Verse 1]
Privilege, we all got it!
So who's who to question whose?
Leverage, we don't all got it!
Truth die fused in station news
Can't fix the past, tweak the facts
Defensive in react, offensive in acts
Indoctrination of narrative, single-story policy
Exile as sole alternative to critics
Polarization, condemnation, alienation
It's us versus them, position versus opposition
Both sides fighting for the same coin
Each enticing young minds to join
Pick the side that suit ya
Join the family, join the future
Management of people - expendable deals
Making and breaking of the rebel genes

When you push hard but the wheel ain't turning
Sometimes it feels like the whole thing needs burning?

[Verse 2]
Generation misery as if poverty is genetic
Generalization- majority is frenetic
Motivation is "victims, stop acting like victims"
Vindictive 'cause I never healed, I get worse like Zim
Coup after coup - revolutions on smash
Same moves in loop like fellatio for cash
I'm trynna break the cycle, but the cycle breaking me
No matter the places I go, same ol people judging me
Humiliated, discriminated, jailed, booed, beat
Mothafucka I'm jaded, don't tell me how to be
Have a seat, it's a musical
SOB set me up for target like it's COD
GOV staff living large off MOB
HOS playing GOD probably judge me over a POV


When you push hard but the wheel ain't turning
Sometimes it feels like the whole thing needs burning?

[Verse 3]
Boost the mood with THC coz the lows have no mercy
Booze with homies, laugh over absurdities
Libation for the hearts in the skies
Masturbation as lullabies
Self entertainment since the city be snoozing
Paradox of a tourism-mindset country in the building
Misplaced priorities, wasted opportunities
Like having fertile soil but starving to death
Like it's raining outside but taps remaining stealth
Like living on a goldmine with no access to wealth
Growing oligarch economy, streets whispering no money
National Bank in the yard, conglomerate monopoly
Panama Papers, pandora black box, congo money
Eye to eye with the Medusa, snakes come bite me

When you push hard but the wheel ain't turning
Sometimes it feels like the whole thing needs burning?