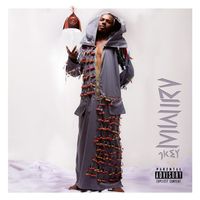 It's no secret that a huge part of my history been erased on purpose
By you know who! Do you now? I'm aware of the surface
I tried restoring the connection with my ancestry
So I climbed the family tree but tripped on a leaf
Oh free-falling isn't always that finally free feeling
But -
End of fantasy

Now that I have a seat among you, I wanna say thank you
But also I have a confession, do you mind?
I used to think of culture as a tree, without asking what kind?
At the root, where's kind in mankind when women are erased on purpose
When black lives are endangered amidst white garbage surplus
When lesbians, gays, trans, queers are secluded in closets
Lemme not act like I never used to be one of those homophobic dudes
I could blame it on the society that caution it as if cool
Umuco gang with their nose in my shit, business as usual
Shaming cult, tweeps' diagnosis calling people delusional
I'm so sorry I've been an ignorant perpetrator and victim of isms
I'll probably be called a pussy over this but I don't care
And you macho man, how much weight can your big balls carry anyway?
You know I've come to realize there's such a thing worse than racism and sexism
You know what it is? You-phobia
As I learn to be better, I hope this poetry brings you euphoria
Love, knowledge, strength and power to believe in your utopia
My name is 1key and I am one of you - pawa!